It was 1907 when Edith Francis and her husband, James, settled in the small community that would later be known as Fleetwood. In those days, the area was only beginning to be populated; uncut timber, large swathes of good farmland, and a growing fishing industry provided the economic stimulus so important to fledgling communities. After only a few years, many of Edith’s family members were crossing the seas from England to join her and James in this growing community. 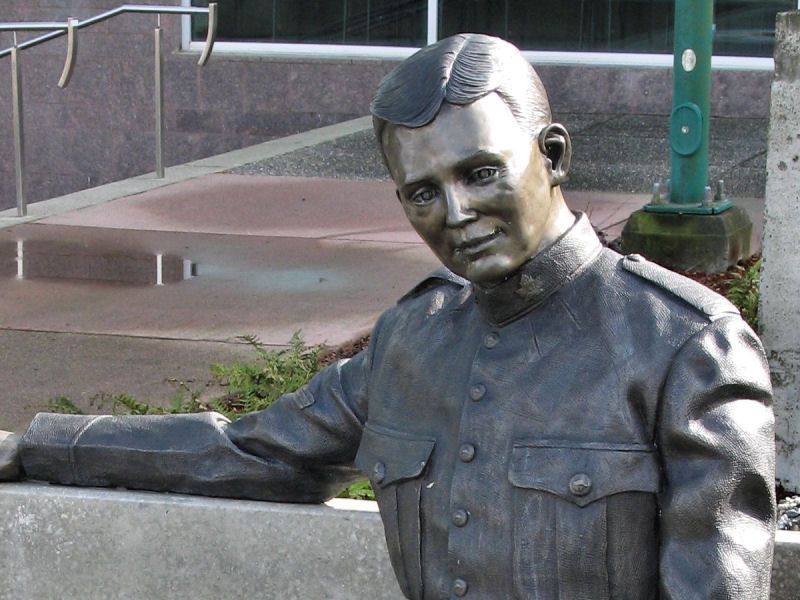 The most prominent of these was Edith’s brother, Arthur Thomas Fleetwood, known to his friends as “Tom.” But in the midst of prosperity and growth, the great turmoil which would shake the world to its foundations was brewing: World War I.

In 1917, Tom Fleetwood made what many today would consider an unheard-of decision: he enlisted in the military at the age of thirty-six. But in his time, untold numbers of younger men had already ably served their countries, and the war still was not won. He would not be the only man to resign his place as a hardworking civilian with his own goals to join his countrymen in the fight, even as he approached his forties, twice the age of the usual candidate.

But a mere two years later, only a couple of days after his birthday, Arthur Thomas Fleetwood died of wounds received in battle. His family and friends were devastated.

By 1923, the area where Edith and her family lived was a thriving community, and Edith and others formed a group to shape its growth, calling themselves the Fleetwood Community Association. As a charter member of the group, Edith petitioned the government in Victoria for permission to name the community after her brother, Tom. The charter was granted, and so the community has been known ever since as Fleetwood, and its residents have not forgotten their roots even today: in 2008, they installed a life-sized statue of Arthur Thomas Fleetwood in a public square, and in 2011 named one of their parks after his sister, Edith Francis.

Fleetwood still prospers today; as part of the half-million strong city of Surrey, the “neighborhood” of Fleetwood has moved into the twenty-first century while retaining its charming blend of rural and urban life. The community boasts large and convenient shopping centres and has plans for more plazas to house the growing area’s businesses. The residential areas are beautiful and often of historical interest, and its residents enjoy a number of recreational facilities, walking trails, parks, and libraries. The original Community Hall, built by the Fleetwood Community Association, has grown up into the Fleetwood Community Center, a well-designed and useful hub where Fleetwood’s inhabitants meet for fitness programs and opportunities and social events. And the Fleetwood Community Association is still going strong, hosting the annual Fleetwood Festival which celebrates and commemorates the community’s history, development, and future.

With its diverse demographic, family-oriented recreational opportunities, bustling shopping areas, beautiful natural situation, and strong sense of community, Fleetwood is a great place to live and work. If you’d like to learn more about joining us in Fleetwood, be sure to give our offices a call and our friendly real estate team will be happy to show you around.